I Will Kill Any Teacher Who Will Dare Beat My Daughter – Nana Ama McBrown. Let Any Teacher Lay A Finger On My Daughter For Any Reason And They Will Know The Real Meaning Of Motherhood – Actress McBrown Fumes.

Outspoken Ghanaian actress and television vixen, Nana Ama McBrown has revealed what will happen should any teacher in Ghana beat her child in school for any reason.
She made this assertion after she recounted how people kept on reminding her that achieving everything on earth as woman without giving birth is equal to zero.

The movie producer noted that the criticisms she was facing was overwhelming and it got to a point where she nearly gave up because all the injections and concoctions she was using didn’t work and she was so heartbroken.

She also addressed that looking at the way she suffered to get a child, she will not have it easy with any teacher who will lay a finger on her child or else the consequences of their actions will follow.

McBrown fumed that she will definitely shut down any school that allows any teacher lay a finger on her daughter.”

” My daughter is my testimony and I won’t allow anyone lay a finger on her. She is everything to me. Let any teacher spank her for whatever reason and they will know the real meaning of motherhood.” She stated.

Check The Video out below : I Will Kill Any Teacher Who Will Dare Beat My Daughter – Nana Ama McBrown. 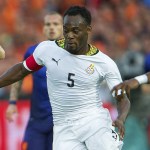 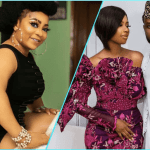