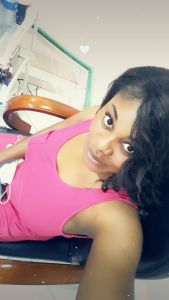 Speaking in an exclusive interview with NEWS-ONE, Doris who is popularly called Maafya among her friends said she is a business-minded person and liked to do everything lawfully in business to make money.

Though sex is another form of trade or business for some women in some parts of the world, she thinks otherwise.
Hear her: “Sex is a normal thing which is attached in our daily life. So I don’t see why I should sex for money.

So all my ladies out there, my advice for you is; life is full of turns and upside downs but that shouldn’t prompt you to do anything which is not of God. Worldly things are all vanities. Be content with what you have, be prayerful and be a hard working person. With God all things are possible.”

Doris is a model and an actress. She used to model at Rony Modeling Agency until she started acting last year.
Her first movie was ‘Snake Under Grass’ and has since featured in others including ‘Tears Of A Smile’, ‘Single & Married’, ‘Bloody Stains’ and ‘Letters To My mum’.

The series she featured in were ‘Wofa K’, ‘Afia Schwarzenegger’ and ‘Bema Nkwan’, which is not yet out. She looks up to top actresses Yvonne Okoro, Luckie Lawson and Nadia Buari.
She attended Presbyterian Junior High at Michel Camp and continued at Akumadan Senior High School in the Brong Ahafo Region.

She subsequently went to IPMC where she acquired her OUC (Office User Certificate). From there she went to NIIT and continued her tertiary education at the Regent University.

Who is Doris? Tell me a little about yourself?

Doris: Doris is a cool person, very humble and easy to deal with. Doris is a person who will do anything for money but not as what you think …(laugh). Doris is a respectable person and can be naughty in some aspects.

Interesting; so what can’t you do for money?

Doris: Some are drugs and money rituals. But I deal strictly with business that will gain me a good income.

Is sex inclusive the business you referring to? If no, why not? If yes, why that direction?

Doris: No sex is not included.

Why not? Lots of ladies believe in sex or relationship for money. You will do anything for money; why not sex?

Doris: Sex is a normal thing which is attached in our daily life. So I don’t see why I should have sex for money.

What will be your advice to those who do that for money?

Doris: All my ladies out there my advice for you is; life is full of turns and upside downs but that shouldn’t prompt you to do anything which is not of God. Worldly things are all vanities. Be content with what you have, be prayerful and be a hard working person. With God all things are possible.

You are one of Ghana’s rising actresses, how did you start acting? Is it your dream to act?

Doris: Acting is something that I have yearned for and love to do. Acting is part of my career. I started acting through a good man called Edmund Quashie, also known as shanghai. I am always thankful to him because he has brought me far in the movie industry. I used to model at Rony Modelling Agency before I got myself into acting.

Which movie was it?

Doris: I first did a local movie and the title is ‘Snake Under Grass’.

Which other movies have you done?

Doris: I have done series as well. I did Tears Of A Smile. I was part Of Single & Married, Bloody Stains which will be coming out soon, and Letters To My Mum. I did the series Wofa K, Afia Schwarzenegger and Bema Nkwan. But Bema Nkwan is not yet out.

What does it take to be an actress in this part of the world?

Doris: Determination and passion for it. If you are determined, nothing can stop you. I’m moving with vim.

What are your impressions about the Ghana movie industry?

Doris: Some of the movies follow the same storyline, nevertheless some motivate me. Some are ‘House of Gold’ and ‘Wanna Be’.

They say producers sleep with actresses for roles. How true is that? Have you suffered a harassment of a kind?

Doris: Some are true and some are false. But I have never encountered such harassment before.

But is there someone and would you mind sharing his identity with us?

Doris: Yes, and not really.

Who is he? Is he an industry person?

Doris: Won’t expose it now (laughed). He’s someone who is so dear to me and I love him so much.

Where do you come from?

Doris: I went to Presbyterian Junior High at Michel Camp and continued at Akumadan Senior High School at the Brong Ahafo Region. After my three years in secondary, I went to IPMC and did OUC (Office User Certificate). From there I went to NIIT and continued my tertiary at the Regent University.

Apart from acting what do you do now?

Doris: I work with Direct Health Network as a marketer. We deal in Impulse Energy Drink and Ginseng Up.

Any stars that you look up to?
Doris: Yvonne Okoro, Lucky Lawson and Nadia Buari.

I Don’t Have Sex For Money – Actress Doris Nsowah Reveals. 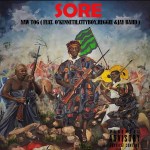 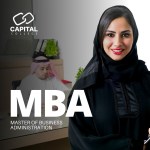