Here Are The Full List Of Winners At The RTP Awards 2021. On the night of the Radio and Television Personality Awards which was held on November 6, 2021, Abeiku Santana won the ultimate award as the RTP Personality of the Year.

Nana Ama McBrown who has transitioned from being a fine actress to being a great media personality also walked home with the TV Presenter of the Year Award while her two shows, McBrown’s Kitchen and United Showbiz were adjudged respective winners. The RTP Awards 2021 was organized by Big Events Ghana where outstanding media personalities and stations were awarded for excellent work for the year under review. 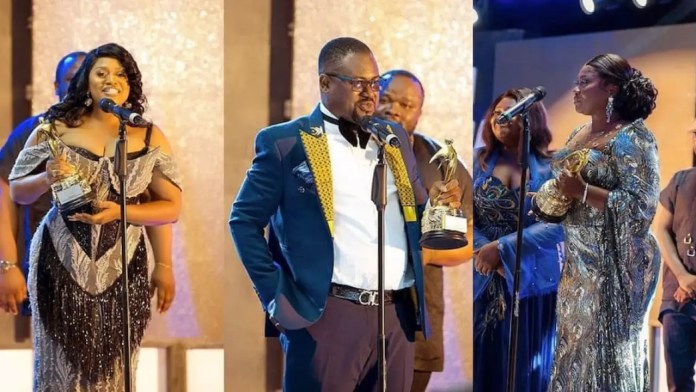 In all, Media General owners of TV3 won the most awards with many of its radio and tv personalities winning respective awards at RTP Awards 2021.

Media Group of the Year – Despite Media

TV Station of the Year – UTV

Radio Newscaster of the Year (Local Language) – Akosua Ago Aboagyie

Newspaper of the Year – Daily Graphic Remembering Friction, The Original Founder Of The VVIP Music Group