Young Ghanaian rapper, Kweku smoke, is all set to release his first body of work.

The ‘Yedin’ hitmaker will have his album launch on the 5th of December 2020 for his debut album titled: “Snoop Forever”.

The Album, Snoop forever is an all HIP-HOP album. This project comes after releasing countless hit songs in Ghana such as ‘Yedin’ featuring Sarkodie, Apkye and Akata.

SNOOP FOREVER as an album has great features from renowned Local and international artistes. The Album enlists BET Award-winning SARKODIE International UK hip hop superstar suspect and South African rap superstar Emtee among many others for this project.

Snoop Forever has major promotional activities lined up before and after release.
Since the announcement of the album, fans of Kweku smoke and Ghanaian’s general interest have peaked in anticipation of the album, Snoop Forever.

The Snoop Forever album is powered by Legendary Ghana Consult 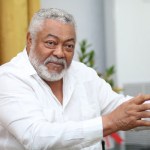 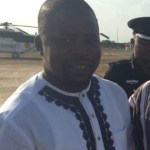