Legendary Highlife musician, vocalist and songwriter, Pat Thomas has revealed that his greatest mistake in life as a musician is that he did not ask God for money from God in his youthful days when he was making good music.

According to Pat Thomas, the reason he failed to ask God for money was that, during the days when he was at his peak in the music career, he had his self-actualization in producing good songs for people to enjoy.

“Growing up, the passion was more than the money. It was just recent years when I had already grown up then I realized I should have told God to add money to the fame”, Pat Thomas said this in an interview with Pure FM Kumasi on the show “Hammer Time” monitored by MyNewsGH.com.

“I always ask myself why after I asked God for voice to sing I didn’t add money. It could be that that is the reason I have not had enough money. But I think that you managing yourself is another thing”, he told Hammer Nti host of the show.

Pat Thomas insisted that, money is everything hence every man must work for it in abundance. 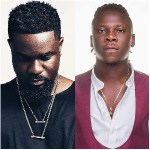 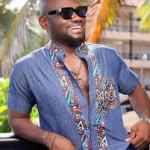