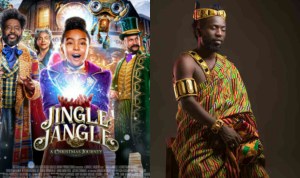 The song written specifically for the movie is a remix of his 2018 hit ‘Asew‘.

Unlike the original which talks about a young man addressing his in-law, ‘Asew Jingle Jangle’ focuses on a grandchild who is speaking to her grandfather.

This milestone comes barely days after he tagged himself the King of Highlife when some social media users began comparing him to other artistes.

Many fans have taken to Twitter to share snippets of the scene and their excitement to see a Ghanaian artiste’s song in an international movie.

Jingle Jangle is about a toymaker whose apprentice betrays him after stealing all his work.

The once joyful toymaker finds new hope when his bright young granddaughter appears on his doorstep. 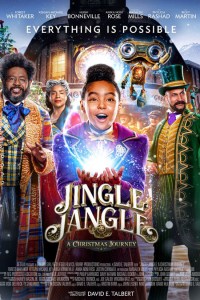 Here we go ??
Stop talking trash about his songs
Bisa Kdei is making us proud ?? pic.twitter.com/5uzn88l3Pd

You people say Bisa Kdei dey do only funeral songs but say he do soundtrack give this Netflix movie “Jingle Jangle” ????????Your favorites can never?? 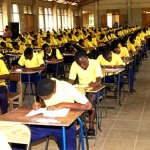