A Police statement later said contacts have been established with close friends and family of the musician and all of them claim not to know his whereabouts or have knowledge of the incident.

Shatta Wale broke his silence from his hideout Tuesday morning claiming he is on the run because he feels his life is in danger and that he will continue to hide from his assailants until the police take action against the police who prophesied his doom.

The document by ASEPA sighted read: “we write to officially lodge a complaint with the Criminal investigations Department of the Ghana Police Service against Mr. Charles Nii Armah AKA Shatta Wale (first respondent) and his agent one Nana Dope (his alias) also referred to as the second respondent for publishing or causing to be published a false news item that had the potential to cause fear and panic and also had the potential to breach public peace”.

It added “that on Monday 18. October 2021 by about 7 pm, news started making rounds on social media and major traditional media platforms that some unknown gunmen had allegedly shot and injured the first respondent leaving him in a critical condition. The news report further reported that the first respondent was receiving medical attention at an undisclosed hospital hem in Accra.”

“Most of the media reports made reference to a publication the second respondent had put on his WhatsApp status, where they took screenshots of it and published it as the source of the reportage. A copy of the said WhatsApp status has been printed and attached here as Exhibit 1. 4. Section 208(1) of the criminal code, 1960, Act 29 is very clear on publication of false news. 208(1) Any person who publishes or reproduces any statement, rumor or report which is likely to cause fear and alarm to the public or to disturb public peace, knowing or having reason to believe that the statement, rumor or report is false and guilty of misdemeanor,” it noted. 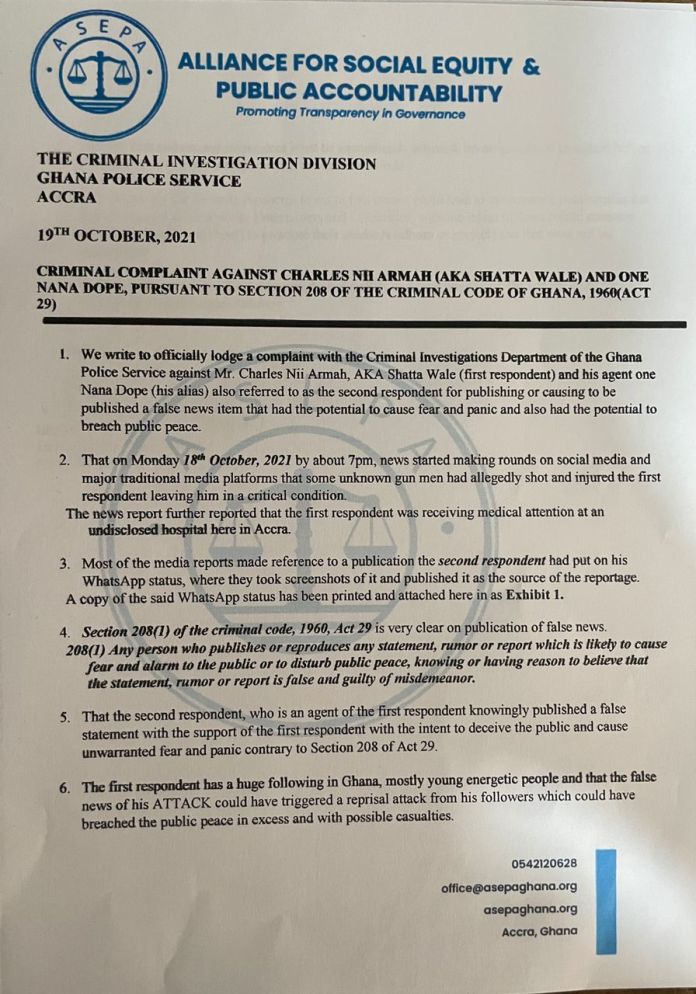 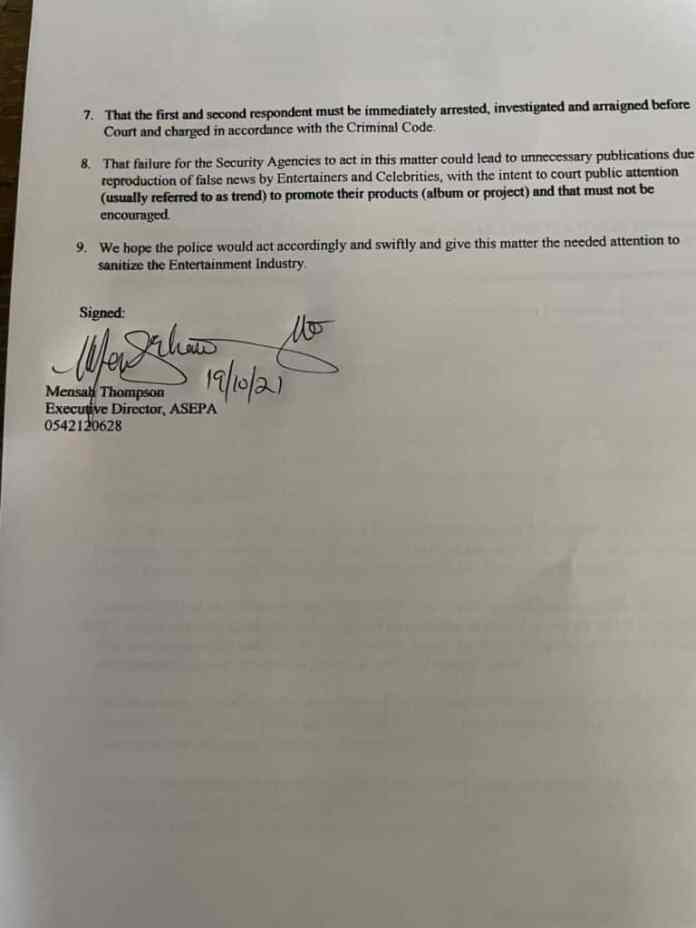