“Being chosen for this campaign is true testament to the notion that hard work pays off. It is an honour we could have only dreamt of. It is evidence that we are being heard, and that our music is finally making a mark. This brings us much joy! Now we will strive to be consistent in delivering nothing but quality music,” the duo excitedly tells Apple Music.

Artwork Sounds have crafted an uplifting album in Nothing Better that’s a loud and proud call to the dance floor. Featuring a Zulu ballad, a throwback to the rich days of ‘90s R&B, and anthemic gospel calls to action, all underpinned by melodic house grooves, this is an album that refuses to be bound by genre constraints.

The duo have also created an exclusive Isgubhu playlist that features 26 tracks that have impacted their music and embody Africa’s dance scene. “The producers of these tracks are pioneers in creating groundbreaking music that will forever alter the African and electronic dance scene, now and for the time to come. Artists Kabza De Small, Kelvin Momo, Oscar Mbo, Ralph Gum, SculpturedMusic and Afrotraction to name just a few, are synonymous with making people dance and creating quality music that is trend-worthy. The playlist is what one may call ‘feel good music’ and is rich with African dance influences,” they explain.

Emerging as a trailblazing force on the East African scene, DJ SURAJ has featured on BBC Africa, FADER Magazine and Forbes Japan, while being part of global campaigns like the lauded Boiler Room True Music platform, and conquering uncharted territories with his music.

“For my Isghubu By…, I wanted to take the listener into my musical universe. I feature my latest track #SazileEP, my record label Gondwana KE’s Benin Compilation, an album featuring the traditional voices of the Samburu tribe called Sounds Of Sasaab, albums by Winyo, Blinky Bill & Max Doblhoff that represent Kenya’s diverse musical landscape and my favorite Mzanzi house albums by Sun-El Musician & Da Capo,” he says.

Launched earlier this yer, Isgubhu is the definitive home of African Dance and Electronic music on Apple Music and spotlights and elevates the work of African Electronic DJs, producers and creatives. Isgubhu, a Zulu word meaning beat and used to refer to a banging song, pays homage to an evergreen set of genres and the African artists who have played a pivotal role in shaping the Dance and Electronic scene across the world. 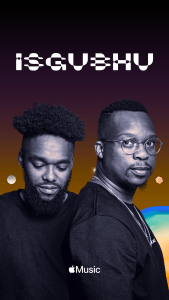 Isgubhu also houses a collection of playlists including Spotlight On – a focus on boutique labels like Soul Candi, House Afrika, Stay True Sounds and Uganda’s Hakuna Kulala & Nyege Nyege Tapes and Isgubhu Voices – a focus on the best Dance and Electronic tracks that feature vocals.

Listen to Isgubhu only on Apple Music

Other Posts : Ghana named 2nd most peaceful country in Africa 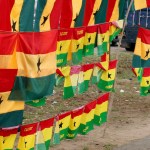 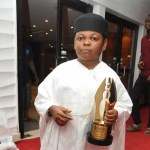 Osita Iheme (Pawpaw) reveals the truth behind his height