4-year-old girl who went missing for days found dead with her head cut off. Another tragic incident has happened. 4-year-old Benedicta Owusu Sarpong (Afia Adepa) who went missing days ago at Offinso in the Ashanti Region of Ghana has been found headless.

Little Adepa was announced missing some days ago as the family begged the help of the general public to help find her. According to reports, Adepa has been found dead on a refuse dump with her head cut off. The family is said to have identified her by her cloth. Social media has been thrown into a state of shock amid mourning following the death of the young princess, Adepa.

See a photo of Afia Adepa; 4-year-old girl who went missing for days found dead with her head cut off. 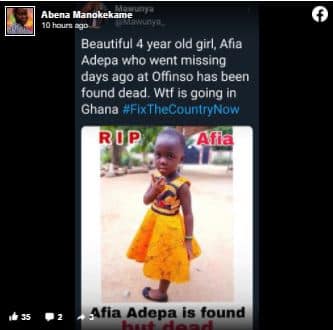 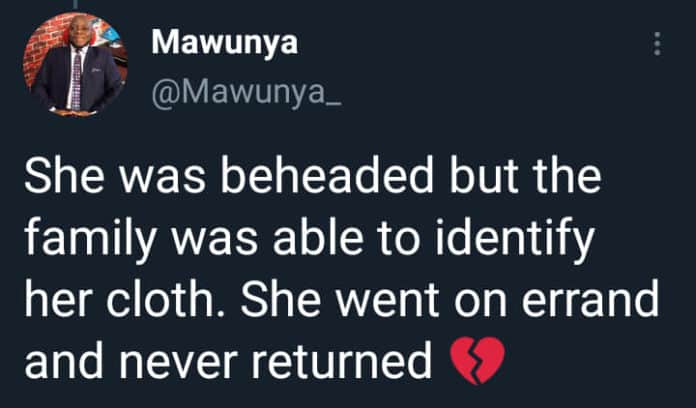 Some residents in the Offinso community have suggested that the deceased might have been murdered for money ritual purposes. They have charged the Ghana Police Service to ensure that they tighten security in the various communities across the country. 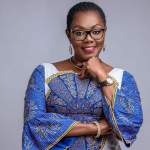 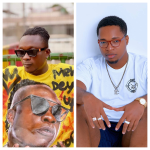