Mr Joseph Nduva Wambua and his colleague Mike Kioko who teach at step up zion Academy in Makueni were nabbed after a client of the hotel had given a hint to the security of their act.

The Directorate of Criminal Investigations DC confirmed that the incident happened when the school had organized and taken all form 2 students for a tour Tsavo Inn Hotel in Mtindo Andei. The two teachers who were entrusted with kids, unfortunately, turned out to be dangerous hyenas.

Nduva, one of the teachers was arrested by DCI while Kiovo successfully escaped apprehension. Nduva will be arraigned on Tuesday while the search for Kiovo continues according to the DCI. 2 teachers of a private school caught fondling’ pupils in a swimming pool.

noted that the said perverted teachers were fondling two 13-yr-old girls in the false cover of the clear swimming pool.

Swiftly responding to the lady’s call, detectives rushed to the scene just as the two teachers were scampering into escape routes.

While Kioko managed to escape. 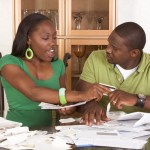 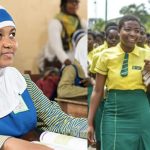